Even now, looking back I can still say that the first 8 months of our relationship were the best of our 10 years together; it was within that first year, that I fell in love with him. I was still very naïve when I met John*, I still believed in happy ever after, and that love will conquer all. Also my mum had tolerated my dad for 35years, and John was so much nicer than my dad. We didn’t get divorced in my family, we worked at our relationships – that belief should have been challenged, but we are a product of our upbringing, and I thought I was being loyal, fighting for my relationship, just like my mum did. She was my hero, actually she still is… she is the strongest woman I know. Whenever I felt like I wanted to give up on my relationship, give up on myself, I looked at my mum, and saw how she carried on day after day, living with my father’s abuse. Don’t get me wrong, I love my dad, he was a great dad to me, still is, I’m his princess… but as a husband he was a bully, he was controlling and he although he never hit my mum (that I know of) he was so aggressive in his behaviour that she was constantly afraid of him.

As an adult, having gone through what I went through, I know that is was wrong.

Back then, me and my mum did everything we could to keep my dad happy. I think I learnt that behaviour, because I found myself doing it in my relationship with John. My mum really struggled to cope, I know that now, I think she still suffers from anxiety and depression, but coming from a home that never really spoke about feelings she will never admit it. To her, this is the life that has been given to her, and that she should live it.

When it came to me however, things weren’t so philosophical, she didn’t want her daughter tolerating what she had gone through, and she was very vocal about it. She never really like John, and that feeling only deepened when she caught John making disparaging remarks to me; she wanted me to leave him. I took her concern to be over-protectiveness and carried on with my relationship.

I wasn’t happy, John had gone from being a romantic, considerate boyfriend to a controlling, passive-aggressive husband in the space of 2 years.

I didn’t think of it as abuse, I just thought that it was normal. He was my first ‘real’ boyfriend, and things were so good until we got married. And then suddenly there was a switch, he went from being this funny, happy, carefree guy to a moody, insecure, passive aggressive stranger that I didn’t even recognise. I know now, that his carefree, funny, happy persona was just an act, but by the time I realised that I was married, and pregnant. 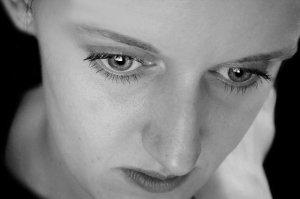 When my son was born, I thought it would make John happy, but if anything it made him worse. He became sullen, and resentful. I really struggled with my mental health in the first few months after my son was born, and John did nothing to help. He slept through the crying, he was working till 6 every evening, he made plans to go out at the weekends – we never saw him. Even when he was working from home, he was closeted upstairs, not even checking in how the two of us were doing. I really felt he resented us, he was constantly angry, and for that I made extra efforts to keep him happy. I used to keep our son awake until 7 (even though he was crying and tired), just so John could spend some time with him, but John didn’t even notice. He did however notice, how my son always preferred me to comfort him, and that he seemed to take as a person insult.

Later I found messages on his phone that he was cheating on me with a girl from work, while I was at home looking after his 5month old baby, he was having an affair. His jealous rages, constantly asking who was texting me, all made sense now. He would never outright accuse me, but the implications were always there, when it was him who was cheating on me. He swore that it will never happen again, that he loved me, he just wasn’t handling the responsibility of being a dad very well. I forgave him, believing him when he told me he wasn’t going to do it again.

By the time my son was 2, John had isolated me. I has lost touch with my friends, I used to be such a strong person, so used to doing my own thing, my friends thought I was busy living my life, so stopped contacting me, stopped inviting me out. John never refused to have our son, while I went out, but I remember going to get my eyes checked one day, and the mood I came back to was unbearable. He just handed our son to me, asked if I had fun and stormed upstairs.

I felt so guilty leaving our son with him, he made me feel like such a bad mum. That was when my son was 5 months old. I dared not leave him again with John, I took him everywhere with me. But that meant I was restricted in seeing my friends. I didn’t dare invite them around, again without actually saying anything he would make it known that he was not happy with anyone visiting, by his attitude, slamming doors and making my friends feel really awkward when they were here. 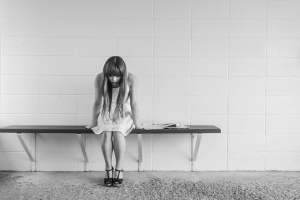 My mum still came round, and I still went to hers, but I didn’t say anything about what was going on. I knew she didn’t like him, and I didn’t want her to say anything to him, so I pretended everything was fine. I continued to pretend everything was fine, until I had a mini breakdown. My son was 8, and he was playing up at school, he was being rude to his teachers and pushing the other kids around. I was aware that he was picking up behaviours from John; there were times when he was awful to me, but absolutely lovely to John. John loved it. One day I had, had enough, John was ignoring me for a comment I had made a couple of nights ago, work had been really draining, my son was ill, and more irritable than usual and as normal it was left to me to stay up with him and look after him; I just broke down in front of John. I cried and cried, I just couldn’t take it anymore.

He sat there looking at me, letting me cry my eyes out, absolutely no sympathy, no feeling whatsoever. I cried so much I nearly fainted; I was on my knees in front of him and he didn’t even come over to see if I was OK. That was the point I realised that this wasn’t love, I didn’t even recognise this man anymore. I left the next day, while he was at work. I went to my parents with my son, and told them everything, my dad was livid.

That was when the abusive messages started.

He told me I was worthless, that no-one will have me, that I had been cheating on him and that’s why I left. I spent the first year trying to convince him I didn’t cheat on him, after that I just stopped trying to defend myself, what was the point he was only going to believe what he wanted to believe. The messages continued, sometimes they were nice sometimes they were abusive.

I had to let him see our son, and he was filling my son’s head with lies too. Two years later, John still calls and texts me, but I keep it very civil with him, I refuse to get drawn into an argument. He sees our son once a month, he can see him every weekend if he wishes, but he doesn’t want to. My son realises this and has stopped asking about his dad.

I’m rebuilding myself and my life. I know I’m not worthless, and I know I will be happy – I already am much happier now than I have been for a decade. Leaving him was the best thing I did, I didn’t know it was emotional abuse for so long, I just thought it was normal. If it feels like really hard work and it’s beginning to or has affected your self-esteem, self-confidence and your mental health, then get some advice, because chances are that it’s not normal, it’s abuse. Someone who is supposed to love you will not make you feel like that.

*Name has been changed to protect identity.

Living with Bulimia – It was not ‘fine’