My fight with depression, anxiety and myself 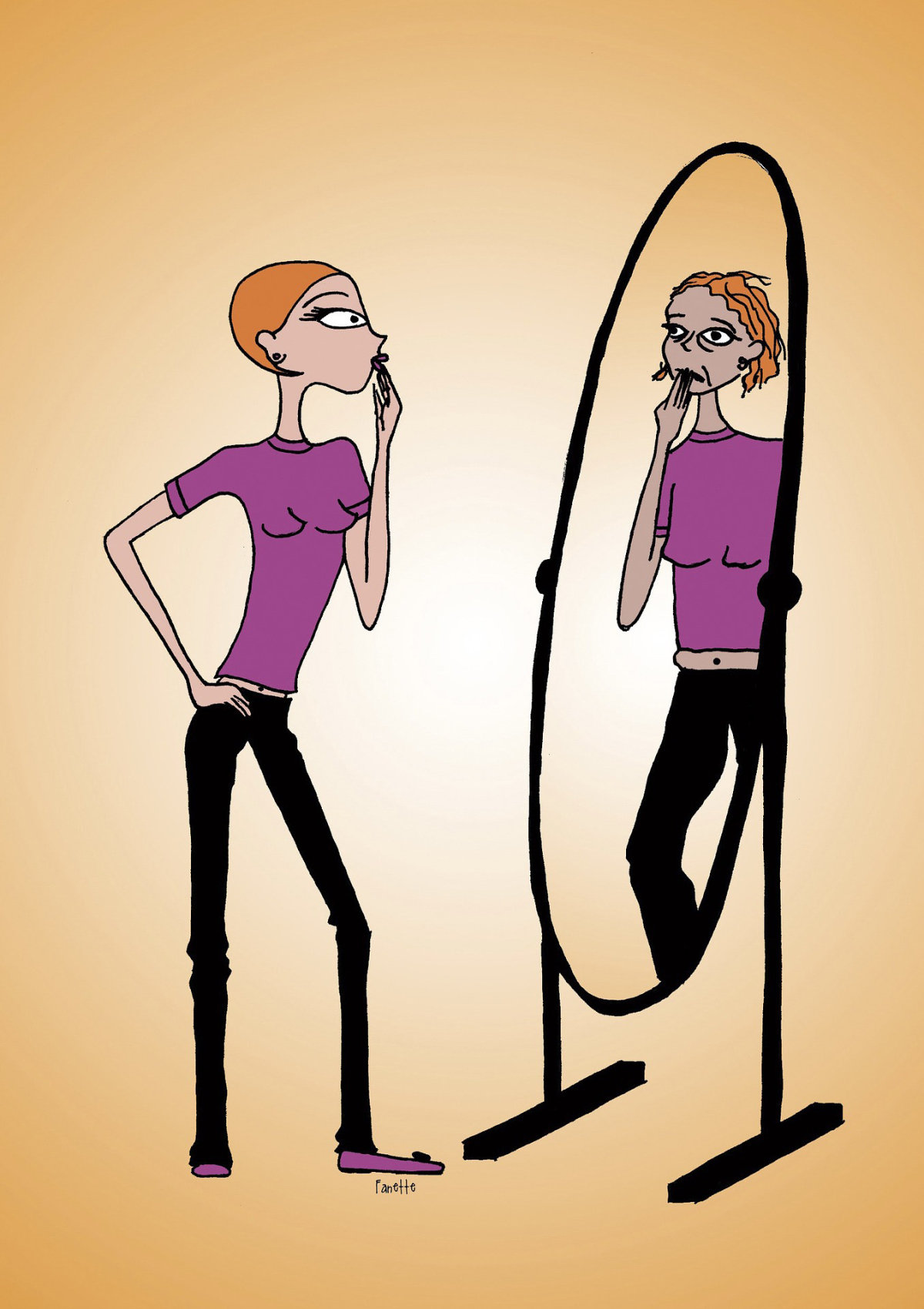 I have learned the hard way that anxiety and depression go hand-in-hand, they bounce off each other like they’re playing ping pong in my head. I have also learnt the hard way that there is no shame in having either, it was a tough pill to swallow the day I got diagnosed with both.

I had been struggling for months close to a year in fact, my poor husband, getting the brunt of my moods; my anger and frustration at not being able to function the way I used to, my moodiness and sulks I used to get into, because I didn’t like myself or how I was acting. I remember I was on the sofa for a week, refusing to get up, refusing to eat, shower, or do anything. I ate what I was given, dozed downstairs and then at the end of the day I went upstairs to sleep, I don’t even remember having a conversation with my husband. It was that week on the sofa that finally got me to admit to myself and my husband that something was wrong.

I had a great job, I was a TA in a secondary school – I hadn’t even bothered telling them I’m not coming in. Luckily for me, my husband had, so I at least had a job to go back to after my mini breakdown. Looking back on it now, I realise that is what it was. And I don’t even know why it happened. On the surface my life was great; I was working towards becoming a teacher, I loved the school I was working in, me and my husband had a great relationship… yes it had deteriorated significantly over the past few months, largely because of my actions… but no-one else saw this, it was almost an unwritten code. When we were with family, we were both happy, extra attentive, laughing and joking. As soon as we got home, I was on the sofa zoning out in front of the TV and he was upstairs working.

It was that moment on a Saturday night… 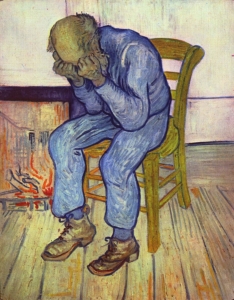 I had dozed off in front of the television, when I woke up it was dark and I was alone. My husband had given up, switched off the lights, turned the TV off and had gone to bed. It was only 11.20pm, we used to stay up way later than that on the weekend. I felt so alone in that moment of time, I knew it was my doing but, I couldn’t do anything about it. I felt helpless, like a part of me (a distant, cold, unfeeling) part of me had taken over and was keeping the real me away from my family and friends.

My friends… I couldn’t remember the last time I saw any of my friends. I have never been a sociable person, but the circle of friends I did have was tight, and very supportive. I had lost touch with most of them. My responses to their texts have been fewer and far between, reading back I have nothing to say to them, so I just make non-committal remarks until they don’t respond back. What I really want to do is scream and cry and tell them I don’t know what is happening to me, but I need help.

As I sat there in the dark, crying, I felt something inside me give up.

I had been fighting the term ‘depression’ for so long, but that Saturday night, in the dark I finally admitted to myself that something was very wrong with me, and I needed to do something about it. My husband was staying at the office later and later during the weekdays, and bringing work home with him for the weekend. He had tried talking to me, but every time he did, I felt attacked. I don’t respond well when I feel threatened, I react in a very aggressive manner. The only choice the other person has is to fight back or walk away; he walked away. No-one in my family really fights back with me, so I have gotten away with not looking at what was happening to me for a while now.

The next day, I spent the whole day psyching myself up to call the doctor the next morning. My husband noticed that there was something wrong, but he didn’t say anything. I shouldn’t have blamed him, but I did. I knew I was being unreasonable, but I didn’t care. All I could think about was me. I stormed around the house banging doors and muttering loudly, almost daring him to comment, but he didn’t. Much to my disappointment, I really needed a distraction, a way to vent my feelings, but he wouldn’t play my game.

I realised the next day, after my visit to the GP that it was not going to be easy to ‘sort myself out.’

The GP had given me some anti-depressants and said I needed to try them for 3 months before coming back for a review. I didn’t want to take pills, I didn’t even take paracetamol unless I’ve been laid up in bed for two days. My husband convinced me to give them a go. I didn’t really feel any different for a couple of weeks, and then I started getting worse… My irritability turned to anger, my low moods got really dark, I couldn’t even hold it together at work, and had to take time off again, this time longer.

I continued to sink into this pit of darkness – at my lowest I was unapproachable. Everyone and everything was a threat. Not just the people I knew, but the people I had never met. I was convinced that I was going to be fired by someone, who would look at my record and think that a TA with this much time off is simply not needed. I was convinced that that women my husband worked with, were gorgeous, sympathetic and understanding, and that he would end up falling in love with one of them. I dreaded the thought of opening up to a stranger (people kept telling me I needed counselling) and feeling so exposed and judged.

I kept going back to the GP, eventually she diagnosed me with depression and anxiety – generalised anxiety disorder to be precise. She said she didn’t know what was causing my anxiety, and but I can learn to manage it better. Basically telling me that I had no choice but to live with it. I looked at the booklet of self-help tips she had given me, and the notion of waiting six months to receive any type of counselling, and thought to myself **** this. I had, had enough. Enough of feeling like crap every day, enough of being angry with the only person who has stood by me for the last 10years, enough of waiting for someone to come and rescue me. It was time to take control. Of course this feeling of empowerment only lasted until I got home, but it was enough. Enough to know that somewhere inside me there was still a bit of fight left. That it hadn’t gone out completely.

The next year was the hardest I’ve ever had to go through. 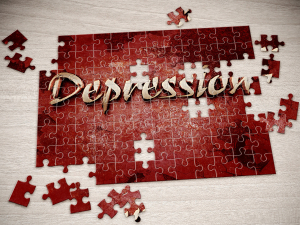 Every morning before getting up, and every night before falling asleep, I reminded myself of that spark, tried to recreate it – it was the only bit of the old me that I recognised, and I held onto it for dear life. I paid for private therapy (well actually my husband paid, and I will never forget it), I couldn’t wait around for 6 months – it was actually 8 before they offered it to me… I read books and books on anxiety, mindfulness and depression. Slowly, the fog lifted, and I could breathe again. My GAD turned out to be a delayed reaction to the emotional and physical abuse I had suffered as a child. My therapist helped me realise that it was a conversation with my dad that had triggered the depression and anxiety in the first place – that simple sentence ‘Your childhood was amazing, compared to mine. I never lifted a finger to you kids, I never broke your spirit.’ My dad was a bully, always had been – at 31years old I didn’t have the courage to disagree, so I sat there and nodded, even though I felt like screaming inside. In one sentence he invalidated my emotions, experiences and the abuse him and his mum had put me through throughout my childhood.

I worked through my feelings in therapy – it felt like forever, but it was six months. And as a result I became less defensive, less hostile towards the people who loved me, and ultimately made a decision to create a safe distance between me, my father and my gran. Working through my feelings did not make the anxiety disappear immediately, it reduced dramatically and bit by bit it tapered off, eventually the nauseous feelings, the palpitations, the nightmares, and the comfort eating stopped.

I will never again take my mental health, or my relationships for granted. I came so close to losing both. Every day I make time for myself, I love colouring in – I have got 3 books. It allows my mind time to breathe and process what the day has brought me, and it allows me to use colour to express how I’m feeling that day. It keeps me sane.

Understanding Panic – Is it a panic attack or a panic disorder?