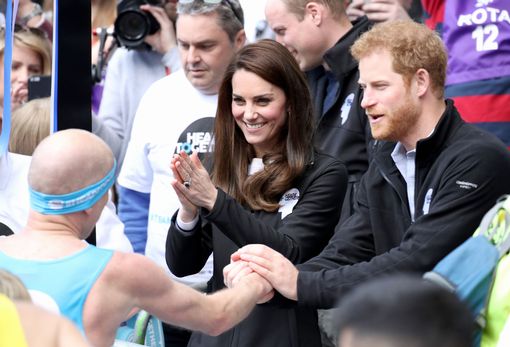 This week the light has been shone on mental health by Prince Harry, and the Duke and Duchess of Cambridge. They have been campaigning to raise awareness and start conversations about mental health, through the charity Heads Together. Supported by the Royal Foundation, the Heads Together charity has been selected as the 2017 Virgin Money London Marathon Charity of the Year.

Following Prince Harry’s disclosure about the impact his mother’s death had on him and how he sought counselling after struggling to process his emotions, we have been inundated with stories of people struggling to cope after the death of their loved ones. People have the found courage to talk about their losses, journey’s and struggles; almost as if Prince Harry speaking about his grief has given permission for others to talk about their grief. We applaud the strength and courage it has taken for people to come forward; this is a significant step forward in challenging the stigma which seems to be surrounding mental health, there are countless others out there who feel they can’t talk about their feelings and struggles.

Princes William and Harry both talk about men struggling with mental health, both in the forces as well as civilians. Talking about how men often feel it was a sign of weakness to discuss their mental health, William said: “There may be a time and a place for the stiff upper lip, but not at the expense of your health.”

Statistics show that men are three times more likely to commit suicide, Cal Strode, a spokesperson for the Mental Health Foundation, agreed it was vital men felt able to talk about their emotions. “Men can often feel isolated and unable to tell people how they are feeling – a culture of men shouldering pain alone has develop.” he told The Independent.

“We need to challenge toxic ideas of masculinity that prevent openness and vulnerability in men. It takes real courage to be open and honest about mental health, but when suicide is the leading cause of death for young men, we all have a responsibility to push for cultural change.” Suicide is the biggest killer of men under 45.

The Royal trio were at the London Marathon today supporting the Runners from Team Heads Together.

Among other news stories, there have been emphasis on work-place stress and anxiety; Jayne-Anne Gadhia, chief executive of the bank Virgin Money and one of the UK’s most successful businesswomen, has told the BBC of her own efforts to tackle mental health issues. She said that she had suffered post-natal depression after the birth of her daughter and had “suicidal thoughts” because of the intense pressure as Virgin Money was preparing for a stock market flotation.

She said that it was time for businesses to speak more openly about mental health issues and that her own battles with mental health problems had made her stronger.

The Guardian ran a rather poignant article on Friday emphasising the need to prioritise mental health and well-being of children. According to their report more than 70% of children in care have been diagnosed with mental health problems.

The Social Care Institute for Excellence (Scie) has started a new project, commissioned by the departments of health and education, to ensure that children in care have access to high-quality services, based on a clear assessment of need, from a range of professionals working across different agencies. “The causes of mental ill health for children in care are complex. These young people have often experienced trauma, maltreatment and perhaps exposure to drugs and alcohol. This is rarely a one-off occurrence. It is a daily reality for these children…”

The Telegraph reported disturbing news about how patients suffering with mental health issues are being picked up in police cars and are being kept over-night in prison cells, because ambulances are unavailable. It appears that mental health services are so stretched that vulnerable people are being let down as they are locked up, instead of being given the care they need.

In case you missed them, below are links to some of the main stories from this past week:

BBC Mind over Marathon – Part One