Food is an essential part of our lives, it provides nourishment, comfort and energy. However, many of us have unhealthy relationships with food, some will be diagnosed with an eating disorder, others will suspect that they have one and still there are others that are convinced that they are healthy active individuals, who want to lose just a couple more pounds to feel good about themselves.

Eating disorders can have devastating effects on people’s lives, and according to these facts the people affected by them are increasing each year. 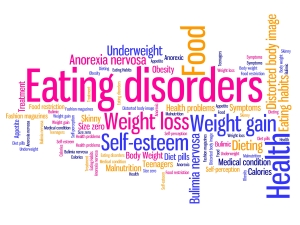 How do I know if I have an eating disorder?

If your eating behaviour and thoughts about food and your weight are causing you anxiety, and taking the pleasure out of life, then you may have an eating problem. Professor John Morgan at Leeds Partnership NHS Foundation Trust designed the SCOFF screening tool to indicate a possible eating disorder.

People have different ways of expressing their relationship with food. The bottom line is, if eating “rules your life” then it might be wise to speak to your GP and get some help. 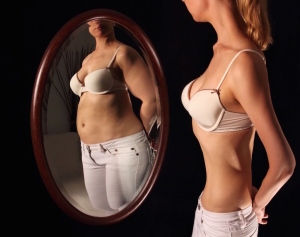 What types of eating disorders are there?

Below are brief descriptions of the main three eating disorders; there are other less familiar eating disorders but those are classed under FEDNEC (Feeding & Eating Disorders Not Elsewhere Classified).

Anorexia Nervosa This is an eating disorder where a person keeps their body weight as low as possible. People with anorexia usually do this by restricting the amount of food they eat, making themselves vomit, and exercising excessively.

Bulimia Nervosa People who have bulimia try to control their weight by severely restricting the amount of food they eat, then binge eating and purging the food from their body by making themselves vomit or using laxatives. Exercise can also be used as a way to purge after a binge eating cycle.

Binge Eating Disorder is also called Compulsive Eating. This is a disorder where people overeat on a regular basis. A binge is an episode of excessive eating or drinking. People who binge eat very large quantities of food over a short period of time, even when they’re not hungry. Compulsive eating can feel like bulimia nervosa except that sufferers do not vomit or take laxatives to control their weight.

Causes, symptoms and treatments of these three disorders will be discussed in the coming posts of our Eating Disorders series. If you feel that you recognise the behaviours that we have talked about above then please contact us or contact your GP to talk about your concerns, so you can get the help you need.

Generalised Anxiety Disorder – Is it ruining your life?