Disenfranchised grief is a loss that cannot be socially sanctioned, openly acknowledged or publicly mourned.

Everyone has a right to grieve, the right to mourn a relationship, the right to say goodbye to a loved one. Sometimes that right can be denied, by family members, society or even by yourself if you don’t acknowledge the loss you’ve suffered.

Over the last four years I have suffered many losses, and at the time I didn’t acknowledge any of them. I was ostracised from my family for choosing the person I wanted to marry; someone they didn’t approve of. In one evening, I lost everything I had held dear my whole life. When your parents disown you, you lose your sense of self; you start questioning all your childhood memories and whether you were truly loved in the first place. All the promises my dad made me; always loving me no matter what my choices, always being there for me, the belief that family is more important than anything else in the world, they were all lies. 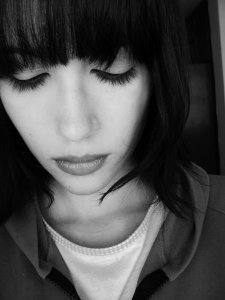 When it came down to it, he chose the community we lived in over his eldest daughter. ‘The community won’t understand, why do you want to get married, why can’t you just continue to date, and keep it secret.’ When I refused to keep my relationship secret, I was cast out of my family, my parents and my siblings didn’t want anything to do with me. My whole belief system had crumbled overnight and along with it went the sense of belonging, the security and the trust I had felt growing up. I felt abandoned.

They promised me that I won’t be acknowledged or accepted, that I would be excluded from family events; and they were true to their word. My sister got married the following year, and I was not invited. Three years after that my mother died, and I was excluded from her funeral. I didn’t even get a chance to say goodbye.

I hadn’t seen her in four years; she was angry that I chose my partner over my family, as she saw it, and her punishment for me was to cut me out of her life. I mourned that relationship, like I mourned the loss of all my other relationships. It took me two years to come to terms with loss of my family; the loss was that I didn’t acknowledge at first. My partner was supportive, we had built a lovely life together. As far as I was concerned I was better off without all the drama that came with my family; but the anger, guilt, sadness was still there under the surface.

It wasn’t until I admitted to myself that I had suffered a huge loss, was I able to start moving forward and processing that loss. It was never going to be a straightforward road, grieving never is, and four years later I still find myself getting angry or sad when I talk about my family. The guilt is gone though. Being the eldest comes with its own sense of responsibility, on top of that it was indoctrinated in me to ‘honour my parents’; when I went against their wishes it felt as if I was letting them down, something that I had never done during my life. To add to the feeling of disappointment, I was told that I was ungrateful and selfish for abandoning them in their elderly years – nothing like a huge piece of guilt pie to add to the already full plate of shame, disappointment, and self-incrimination.

When my mother died, I was told by one of my siblings; the phone call lasted a minute. I didn’t even react, I hadn’t known she was in hospital, I hadn’t known her health had deteriorated so much that they had had to get carers in to help care for her. I was told about the funeral, but I was also told that it might be better if I didn’t go ‘We don’t want a scene.’ I didn’t go. Looking back I was in shock for a while, I didn’t cry until the day of her funeral, and I haven’t cried since. I haven’t even visited her grave. There’s a part of me that doesn’t want to admit that she’s gone. I have spent the last four years living without her, it almost doesn’t feel real that she’s gone.

Disenfranchised grief can take years to process, especially when you feel that you can’t grieve for your loss openly. I’m not in touch with my family to share memories, thoughts and feelings about my mum; sometimes that acknowledgement can be the difference between processing your grief and burying it.