How witnessing domestic violence as children affects our mental health

I in 5 children have been exposed to domestic abuse, according to the NSPCC. Although high, this statistic doesn’t really encompass that magnitude of feelings that come with witnessing your dad dragging your mum up the stairs by her hair, or your grandmother berating your grandfather to the point that he gives up arguing with her and just sits there with his head in his hands smoking his cigarettes. Neither does this statistic demonstrate the total lack of control, security or joy children witnessing domestic abuse have to live with on a daily basis.

The time spent at home, was fraught with tension. I remember, wishing away the holidays, long or short, just so I could go to school again. School was my sanctuary. I never felt safe at home, the churning in the pit of my stomach was a constant part of my teenage years. It wasn’t until years later when I left home, and the churning disappeared did I realise it was anxiety.

I wasn’t really beaten much as a child; there were a couple of occasions where my gran got a bit carried away with her anger, and my dad used fear as preclude to slapping our hands to punish us (it was a hard slap, but standing there petrified for 30 seconds before the slap came was worse). Apart from that, my parents, and grandparents (they lived with us too) could safely claim that I wasn’t abused. They only recognised physical abuse as abuse; the name-calling, the shouting, the total lack of control over any aspect of my life (even my clothes and my hairstyle) and the constant living in fear was seen as a way to discipline me and ‘keep me in line,’ not abuse.

As I grew older, the criticisms grew stronger, more like personal attacks; I didn’t dress properly, I was too quiet, my opinions were always wrong, it even got to the point that I was told that I wasn’t standing properly. Needless to say this affected my self-confidence and self-worth; I became very good at playing the dutiful child, responsible, respectful, good at disappearing into the background. If for whatever reason, I was noticed, the rebukes and the disparaging comments sent me running to my room. The love shown me was conditional, and I soon learnt what I needed to do (and what not to do) to receive that love. 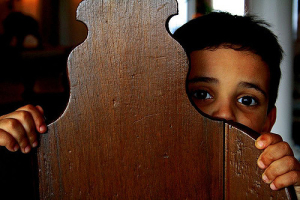 As horrific as it was witnessing domestic abuse, and suffering emotional abuse from the people who are supposed to protect me from hurt or harm, what was worse were the beliefs that I took away from my childhood. I believed that relationships didn’t work out, consequently in my adult years, to protect myself I shied away from any potentially successful relationships. Until I recognised that the pattern I was following in my relationships was in fact mirroring the pattern of my parents’ relationship; I was essentially stuck in rut – not wanting to be there and not knowing how to move on.

My counselling course saved my life in essence; as part of the course students are required to have personal counselling sessions, and it was in these sessions that I recognised and addressed the negative beliefs that have haunted me through relationships; I recognised the conditions of worth put on me by the people who were supposed to love me unconditionally, and I found the strength to challenge the belief that my family hid every single abusive act behind – that family is more important than anything else in the world.

Children who witness domestic abuse often find themselves in abusive relationships as they grow older, because they don’t know any different. Their only point of reference for a relationship is what they see growing up. Our belief systems are made between the ages of 3 and 9, if the messages we get between those ages reinforce certain actions or relationship roles, then chances are you will be living your life by those messages, even if you are not consciously aware of it.

It’s not just the messages that ascertain your behaviours, it’s the fears too. My grandfather was not a very aggressive man, in fact he lost pretty much every single argument he had with my gran, however this made him very passive aggressive. Because he couldn’t show his anger outwardly, he did in other, understated ways; he cheated on her, he slammed doors, he muttered abusive and derogatory things loudly, he gave us the silent treatment. This behaviour wasn’t addressed towards me until I became a teenager, but I witnessed it during my formative years. I also witnessed the reactions; my parents used to silently tolerate it, avoiding confrontation, and my gran used to argue and fight back – creating a volatile situation. Growing up feeling unsafe, my coping mechanism when he started doing that to me was to tolerate it silently, avoiding all confrontation. As I grew older, if I came across passive aggressive behaviour, it transported me back to when I was 7, and all I felt was fear of confrontation and arguments, so I silently tolerated the behaviour hoping things would go back to ‘normal’ as soon as possible. I used to make myself as small as possible, and quiet as possible, so as not to attract any more attention to myself. This continued until I started exploring it in therapy. 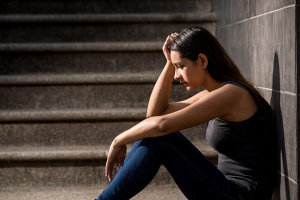 I was afraid of the arguing and fighting, and on some deep level, I still am. I have had counselling; I have learnt to let go of the negative relationship beliefs, my self-worth is better than it has ever been, I manage my emotions and feel like I’m in control of my life (as much as anyone can be). But sometimes the behaviours of people around me still trigger that fear, and in an instant I’m that 7year old who doesn’t want to be in an explosive situation.

What I’m trying to say is that our childhood traumas and abuse have a way of following us into adulthood. We internalise those messages and make them our measuring stick, to which we measure our life’s work and achievements. The more critical the voices in our childhood, the more critical our inner voice. But we don’t have to live like that, psychotherapy and counselling can give us the tools to silence those fears and voices for good and give us the freedom to choose our own path.

Even though I’m now a professional counsellor, and built my life the way I want it with no influence from my family, I’m aware more works needs to be don’t to be totally free of the fear I grew up with. I still use counselling sometimes to help me manage my emotions and work through difficulties life throws at me, just because I’m a counsellor doesn’t mean I never need help in managing my own mental health.

How can counselling / psychotherapy help me?