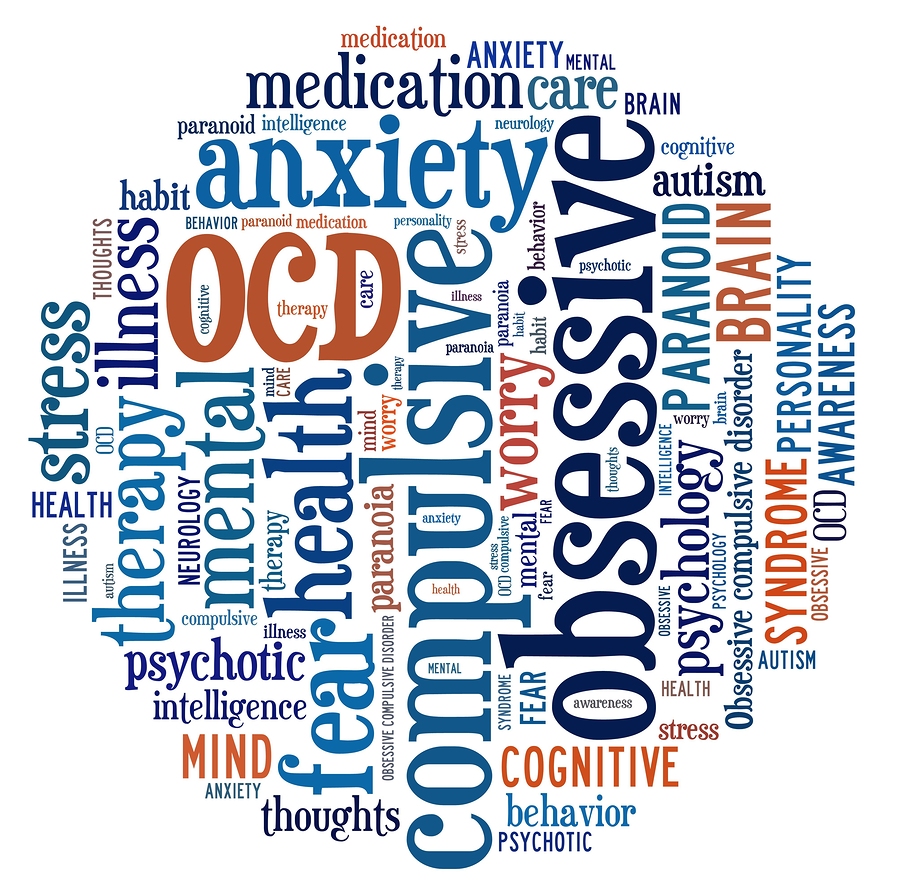 It’s normal to check and even double check if the doors and windows have not been left open when we’re leaving, or if we’ve definitely turned the gas hobs off, or if we’ve locked the car. Although we might think these acts as quite obsessive sometimes, Obsessive Compulsive Disorder (OCD) is something else entirely. OCD can be an extremely serious condition; it’s an anxiety related disorder, where a person experiences recurrent, interfering thoughts that are followed by actions or impulses they feel they must perform in order to gain some peace.

An obsession is an unwanted and unpleasant thought, image or urge that repeatedly enters your mind, causing feelings of anxiety, disgust or unease.

A compulsion is a repetitive behaviour or mental act that you feel you need to carry out to try to temporarily relieve the unpleasant feelings brought on by the obsessive thought. Avoidance of places or situations to prevent triggering these obsessive thoughts is also considered to be a compulsion.

People who suffer from OCD state that the obsessive thoughts and compulsive behaviours can become so overwhelming that they interfere with their daily lives. The disorder affects 1.2% of the population, from young children to adults, regardless of gender or social or cultural background. Based on current estimates for the UK population, there are potentially around 741,504 people living with OCD at any one time.   In fact, OCD can be so debilitating and disabling that the World Health Organisation (WHO) once ranked it in the top ten of the most disabling illnesses of any kind, in terms of lost earnings and diminished quality of life. 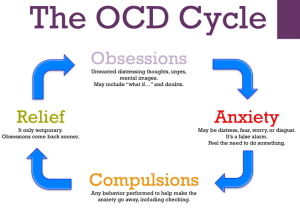 People with OCD know very well that their obsessional thoughts are irrational, but they believe the only way to relieve the anxiety caused by them is to perform compulsive behaviours. Most people believe that if they perform certain behaviours, almost like a ritual, they will escape misfortune, or harm (both to themselves and their loved ones). But unfortunately, any reprieve that the compulsive behaviours provide is only temporary and short lived; in fact these behaviours often reinforce the original obsession, compounding the irrational beliefs and making the OCD increasingly powerful as time goes on.

Although there are many forms this disorder takes; they can generally fit into the below four main categories:

This disorder is fed and driven by anxiety, in other words fear. Fear of being burgled, or attacked; fear of germs or being dirty (this can be physically or morally); fear of the future, so you keep everything (just in case you need it). People keep years and years of statements, bills and letters received from banks and utility companies – just in case they might need them ‘sometime’ in the future for ‘something.’ And then, when rationality kicks in and we feel we should get rid of them, after say about 5 years, fear takes over – it’s almost like you’re getting rid of a part of yourself. Somehow you’ve become so invested in these pieces of paper (and other objects, doesn’t necessarily have to be bank statements or letters, it could be anything, objects, clothes), that you’ve not seen/worn in years, you’re loathe to get rid of them, so you end up keeping them.

Many people with OCD believe that their compulsive behaviours can affect the situations and safety of people around them, which is why it is so imperative that they continue to do what they do. It is these factors that help drive the compulsive behaviours, because the person with OCD often feels ultimately responsible for trying to prevent bad things happening to themselves and to those they love.

OCD is diagnosed when the obsessions and compulsions:

OCD affects males and females equally; it can also affect children. Especially if one of the parents display obsessive compulsive tendencies; children can learn this behaviour and internalise it as their own way of coping. As far as they know, that is ‘normal’ for them.

People can go undiagnosed for many years, partly because they don’t fully understand the severity of the condition themselves; because OCD can come on gradually, the obsessive thoughts getting worse as time goes by, and partly because of the intense feelings of embarrassment, guilt and sometimes even shame associated with what is often called the ‘secret illness’. This often leads to delays in diagnosis of the disorder and further delays the treatment, with a person often waiting an average of 10–15 years between symptoms developing and seeking treatment. Left unchallenged and untreated, OCD will continue to grow and feed upon itself, consuming the individual and their life.

Most people with OCD know that their thoughts and behaviour are irrational and senseless, but feel completely incapable of stopping them, often from fear that not completing a particular behaviour will cause something ‘bad’ to happen.  No matter how small the risk, the person with OCD will always feel responsible for preventing that bad event from happening.

CBT is an ideal therapy choice to challenge and combat OCD, as it challenges the irrational beliefs and thoughts and focuses on developing new behaviours. In most cases, CBT alone is highly effective in treating OCD, but for some people some Psychodynamic Therapy might also help in uncovering how the OCD was born. As there will always be a reason why it developed in the first place.